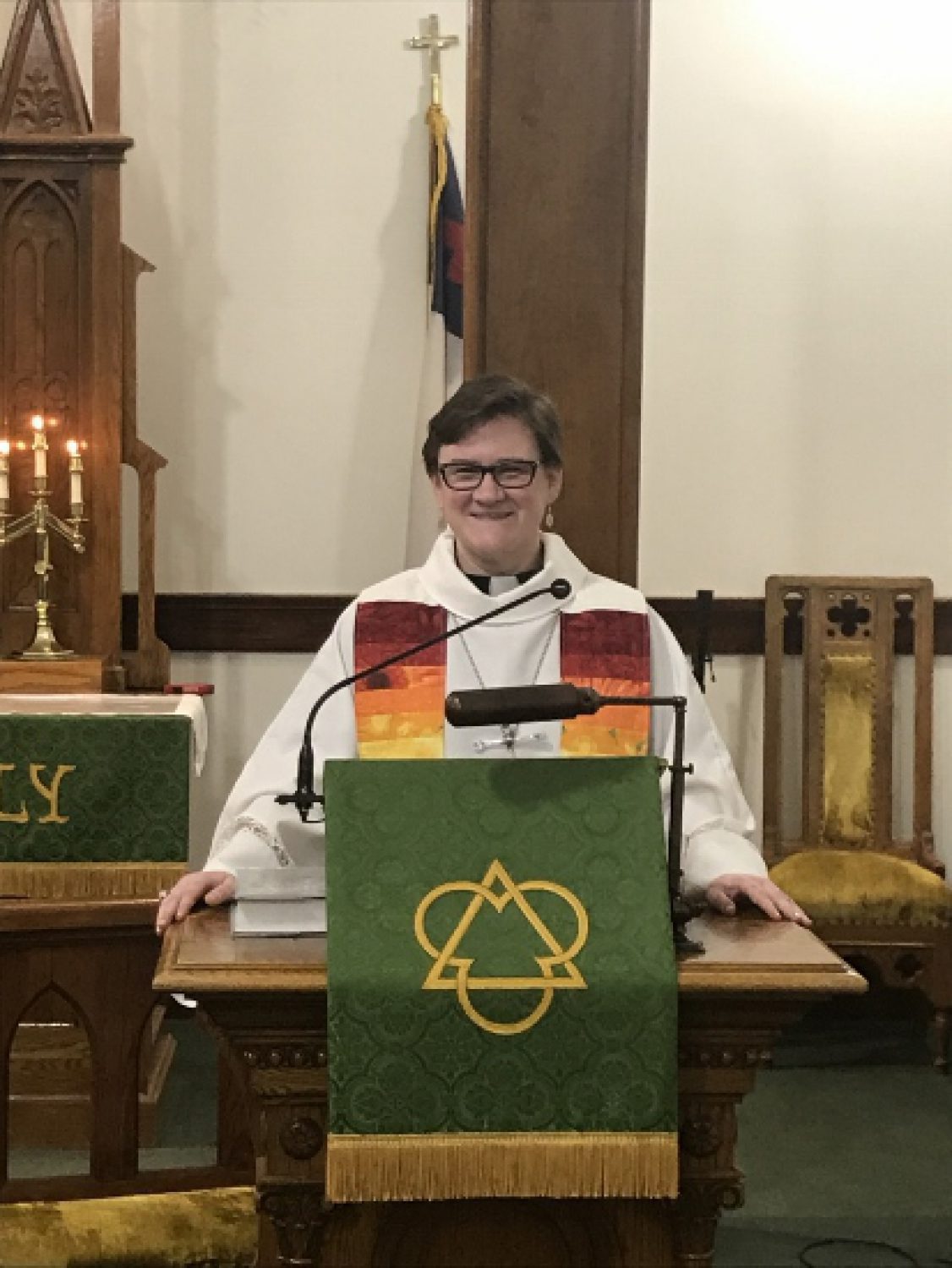 The Reverend Julia Seymour was called to Big Timber Lutheran in September 2018 and began her service here in November of the same year. After receiving her Master of Divinity (M. Div) from Yale Divinity School in 2007, she served her internship at Gloria Dei Lutheran in Anchorage, Alaska. She was then called to Lutheran Church of Hope, also in Anchorage, and served that congregation from August 2008- October 2018.

Pastor Seymour grew up in North Carolina and has a very ecumenical background, having been christened in an Assembly of God congregation, baptized in a Southern Baptist congregation, and confirmed in a congregation of the Episcopal Church (USA). She also worked at both Southern Baptist and ELCA summer camps. After attending her first Lutheran (ELCA) congregation when she was 15, she felt through the Spirit that she had found a denominational home. The experiences of campus ministry in an ELCA congregation, as well as service in Lutheran Outdoor Ministries, helped her to understand her vocational call as a pastor.

Pastor Seymour graduated from Meredith College in 2002, with a double major B.A. in psychology and religion. After graduation, she worked for the summer in NYC, helping with Lutheran Disaster Response’s trauma relief day camps in the wake of 9/11/01. Following that work, she moved to Nome, Alaska and served as the deputy news director for KNOM Radio (Yours for Western Alaska) for two years.

In Nome, she met the man who would become her husband, Rob Seymour. She and Rob have been married since July 2006. They have two children, Daniel (9) and Victoria (6). The family is completed with their loyal yellow Labrador, Ivan (11).

Pastor Julia enjoys writing on theological topics. She contributed to several volumes of the Abingdon Preaching Annual as well as essays and prayers to the book, There’s a Woman in the Pulpit: Christian Clergy Women Share Their Hard Days, Holy Moments, and the Healing Power of Humor. She writes semi-regularly for Gather magazine, including the 2017 Bible study on the Apostles’ Creed.

Pastor Julia is involved in the Big Timber Ministerial Association, as well as text study and clergy support groups of the Montana Synod (ELCA). She also serves as the Board president of RevGalBlogPals, Inc., an international organization for support and resources for clergywomen and lay church leaders.